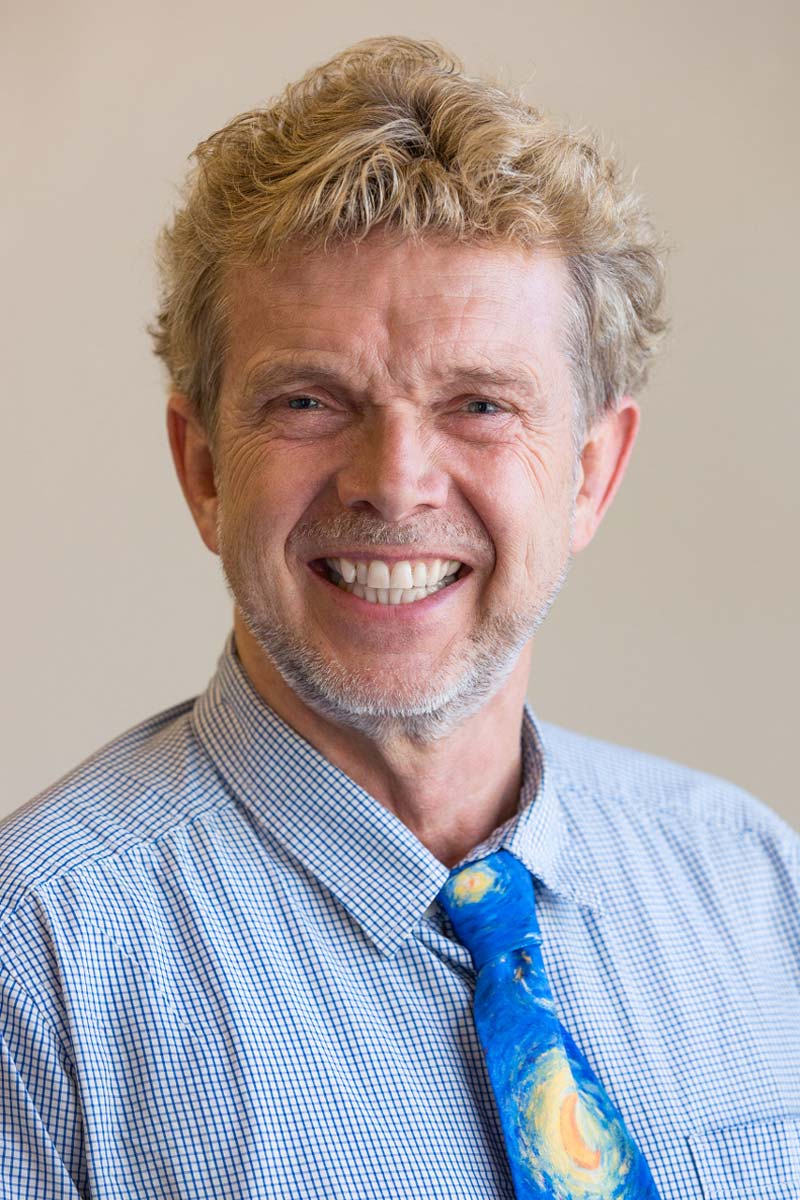 Dr. Rogier Windhorst is Regents' and Foundation Professor at Arizona State University and Interdisciplinary Scientist for the James Webb Space Telescope (JWST). Since 1987, he helped build up a world class group of astrophysicists and the ASU Cosmology Initiative, consisting of 16 faculty and numerous postdocs and students in the ASU School of Earth and Space Exploration.

Windhorst received his Ph.D in astronomy in 1984 from the University of Leiden in the Netherlands on the nature and evolution of faint radio sources, and did post-doctoral work at the Carnegie Observatories and Caltech in Pasadena. This included working in Jim Westphal's group on the Wide Field/Planetary Camera I before Hubble's launch. Since Hubble's launch in 1990, he has used most of Hubble's instruments in over 70 funded HST projects, which focused on the assembly of galaxies throughout cosmic time, the growth of supermassive blackholes in the most distant quasars, and estimating the diffuse foregrounds and backgrounds from the Hubble Archive. Since 1998, Windhorst was actively involved in the design of the science program of Hubble's Wide Field Camera 3 (WFC3), which was successfully installed into HST by the Space Shuttle astronauts in May 2009. Starting in 2009, he led the far extragalactic science program with the WFC3 Early Release Science (ERS) data.

Windhorst is the PI of the large HST Archival Legacy Project "SKYSURF" that is analyzing the panchromatic sky-surface brightness and discrete object counts in 133,000 ACS, WFC3, and WFPC2 exposures taken in the last few decades across more than 1100 independent HST fields. SKYSURF is cataloging over 2 million faint stars and galaxies at UV--near-IR wavelengths all across the sky, and constrain at 0.2--1.7 micron wavelengths the diffuse brightness of the Zodiacal belt, diffuse comet trails, faint unresolved Kuiper Belt Objects, the Diffuse Galactic Light, and the panchromatic discrete and diffuse Extragalactic Background Light. Project SKYSURF analyzes 95% of the photons in the HST Archive from diffuse foregrounds and backgrounds that are discarded by most HST users who focus on studying individual objects.

Since 2002, Windhorst has been Interdisciplinary Scientist for JWST, with which he plans to make detailed a study of the epoch of First Light, when the universe was much less than one billion years old. He hopes to observe the First Stars directly during the first 500 Myr via so-called "cluster caustic transits", where gravitational lensing from foreground galaxy clusters can temporarily produce extreme magnifications of these individual early stars that happen be in exactly the right location behind the cluster. His JWST GTO team also plans to monitor the best survey field at the North Ecliptic Pole (NEP) to find the earliest supernovae with JWST in the first billion years, faint variable brown dwarf stars in our Galaxy, faint variable Active Galactic Nuclei, and to study the host galaxies of the first quasars seen less than one billion years after the Big Bang.