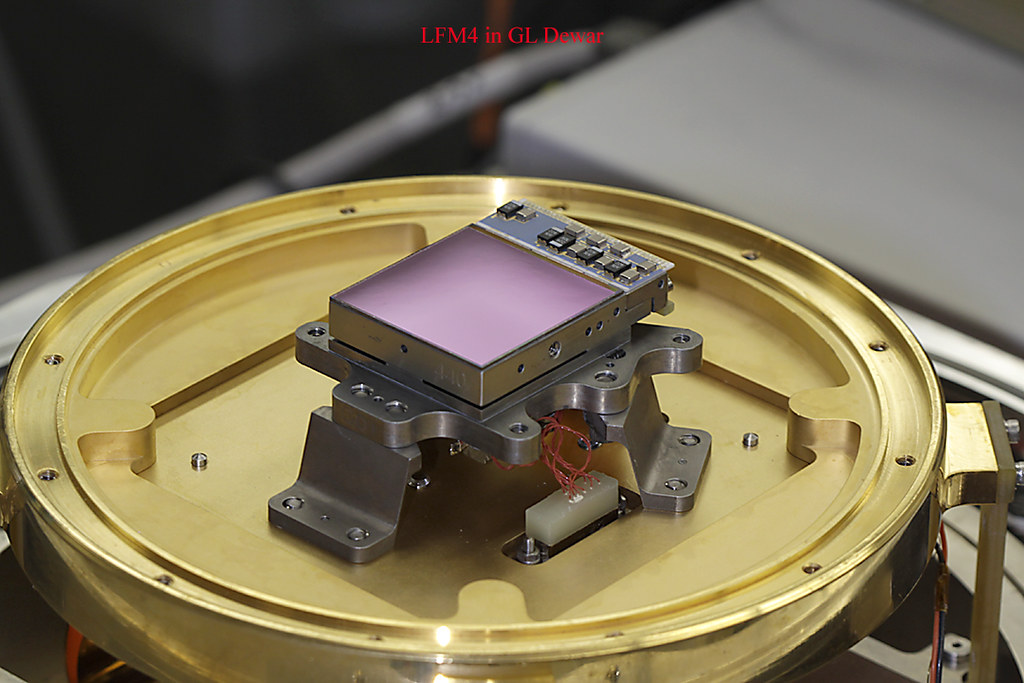 Figure 1: A James Webb Space Telescope Near Infrared Camera (NIRCam) detector with optical baffles removed. Light is collected in the purple mercury-cadmium-telluride film. The film is pixelated, although the individual pixels are far too small to be seen by eye here. Credit: University of Arizona/NASA

What are detectors and why are they important? 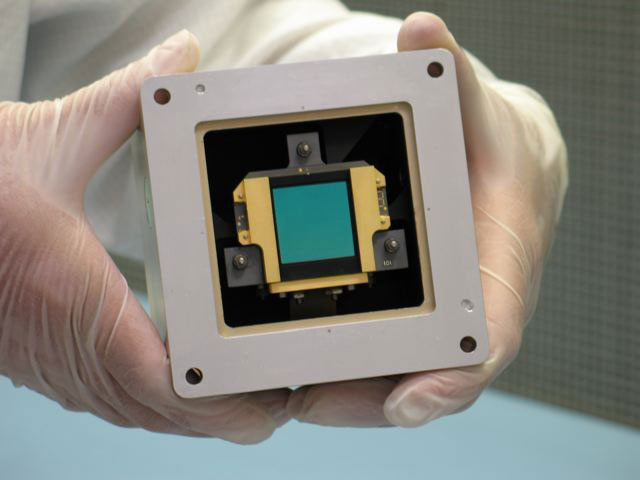 Figure 2: This MIRI detector (green) is housed in a brick-like unit called a focal plane module. It has a 1024x1024 pixel array of arsenic doped silicon pixels. Credit: NASA

Webb's mirrors collect light from the sky and direct it to the science instruments. The instruments filter the light, or spectroscopically disperse it, before finally focusing it onto the detectors (Figures 1-2). Each instrument has its own detectors. The detectors are where photons are absorbed and ultimately converted into the electronic voltages that we measure. Webb needs extraordinarily sensitive detectors to record the feeble light from far-away galaxies, stars, and planets. It needs large-area arrays of detectors (Figure. 3) to efficiently survey the sky. Webb has extended the state of the art for infrared detectors by producing arrays that are lower noise, larger format, and longer lasting than their predecessors.

Different Detectors for Near and Mid-Infrared 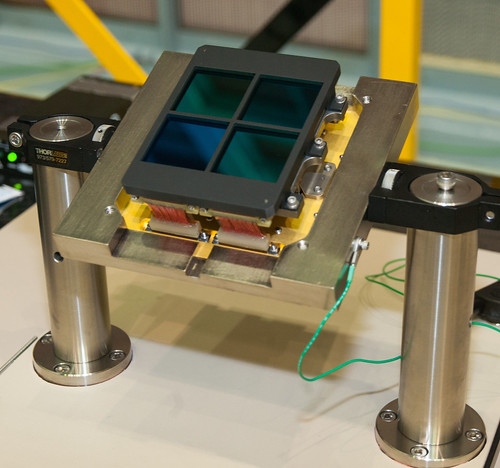 Figure 3: This figure shows four 0.6 - 2.5 μm James Webb Space Telescope NIRCam H2RGs mounted into a focal plan module. Each of the four detectors looks like the one shown in Figure 1. This figure shows the black optical baffle that admits light onto the four detectors while blocking it from hitting any surfaces that might reflect, such as the edges of a detector. Credit: University of Arizona/NASA

HgCdTe is a very interesting material. By varying the ratio of mercury to cadmium, it is possible to tune the material to sense longer or shorter wavelength light. Webb takes advantage of this by using two compositions of mercury-cadmium-telluride: one with proportionally less mercury for 0.6 - 2.5 microns, and another with more for 0.6 - 5 microns. This has a number of advantages, including the possibility of tailoring each NIRCam detector for peak performance over the specific wavelengths for which it will be used. Table 1 shows how many detectors of each type are contained in each instrument.

All of Webb's detectors have the same basic sandwich-like architecture (Figure 4). The sandwich has three parts: (1) a thin semiconductor absorber layer, (2) a layer of indium interconnects to join each pixel in the absorber layer to the readout, and (3) a silicon readout integrated circuit (ROIC) to read out millions of pixels using a manageable number of outputs. The absorber layer and silicon ROIC are fabricated separately. This separation allows for each part of the process to be carefully tuned to the materials that are used. Indium is a soft metal that deforms under moderate pressure to form one cold weld per pixel between the detector layer and the ROIC. To increase mechanical strength, the detector vendors flow a low viscosity epoxy resin between the indium bonds during the latter stages of "hybridization".

How do Webb detectors work?

The first step in the detection process is the same in the near-IR HgCdTe detectors and mid-IR Si:As detectors. An incident photon is absorbed by the semiconductor yielding mobile electron hole pairs. These move under the influence of built-in and applied electric fields until they find their way to where they can be collected. How are Webb's Detectors Used? 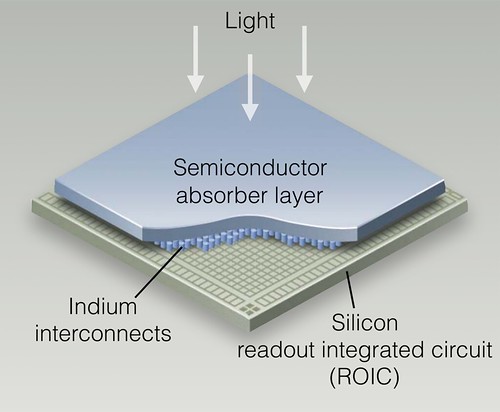 Figure 4: The James Webb Space Telescope uses infrared detector hybrids. The pixelated absorber layer (HgCdTe or Si:As) absorbs the light and converts it into voltages in individual pixels. The indium interconnects join pixels in the absorber layer to the ROIC. The ROIC contains electronic circuits that carry the signals from over 1 million pixels to only a few readouts for further processing. Credit: Teledyne Imaging Sensors

It is possible to read the pixels in a Webb detector more than once before resetting them. This provides several benefits. For example, it is possible to average multiple non-destructive reads together to reduce the read noise compared to doing only one read. Another advantage is that by using multiple samples of the same pixel, it is possible to see the "jumps" in signal level that are the tell tale sign that a cosmic ray has disturbed a pixel. Once it is known that a cosmic ray has disturbed a pixel, it is possible in ground based processing to apply a correction to recover much of the scientific value of the affected pixel.

For an overview of the scientific performance of flight candidate NIRSpec detectors, see Rauscher, B.J. et al. 2014, "New and Better Detectors for the Webb Near-Infrared Spectrograph", Publications of the Astronomical Society of the Pacific, Vol 126, pp. 739-749

For a general introduction to Webb detectors, see Rauscher, B.J. "An Overview of Detectors (with a digression on reference pixels)",