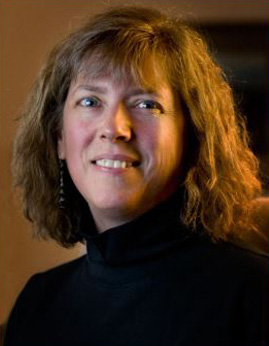 Dr. Heidi B. Hammel is an Interdisciplinary Scientist on the James Webb Telescope Project, and her focus is on Webb's theme "Planetary Systems and the Origins of Life." As a planetary astronomer, she has studied our Solar System's outer planets, and their rings and moons, with the Gemini, Hubble, Keck, Spitzer, and other telescopes.

Hammel has extensive experience with Hubble observations of the Solar System. She led the Hubble Team that studied the impact of Comet Shoemaker-Levy 9 with Jupiter in July 1994, with a specific focus on Jupiter's atmospheric response to the collisions. Her latest research involves studies of Uranus and Neptune with Hubble and other Earth-based observatories. She's an expert on these distant planets, and she was a member of the Imaging Science Team for the Voyager 2 encounter with Neptune in 1989. Hammel has been part of a team working to launch a mission to the outer solar system sometime in the next decade. In 2020, she was awarded the Masursky Award of the American Astronomical Society's Division for Planetary Sciences (AAS/DPS) for her service to the planetary science community.

She received her undergraduate degree from the Massachusetts Institute of Technology (MIT) in 1982 and her Ph.D. in physics and astronomy from the University of Hawaii in 1988. After a post-doctoral position at NASA's Jet Propulsion Laboratory, Pasadena, Calif., Hammel returned to MIT, where she spent nearly nine years as a Principal Research Scientist in the Department of Earth, Atmospheric, and Planetary Sciences. She received the 1996 Urey Prize from the American Astronomical Society for her outstanding achievement in planetary science. She joined Space Science Institute in 1998, and retains a position there as a Senior Research Scientist. She now serves as the Vice President for Science at AURA.

Hammel is an award-winning communicator of science, having a unique ability to communicate of a range of levels from kindergarten to post-graduate-school nearly simultaneously. She is especially skilled at translating complex science concepts into easy-to-understand language for general audiences. She also has a strong belief in the value of public education, and believes it is one of the most important things a scientist can do. Hammel won the AAS/DPS 2002 Sagan Medal for her outstanding communication by an active planetary scientist to the general public, as well as the Public Understanding of Science award from the Exploratorium in San Francisco, California.

Her biography "Beyond Jupiter: The Story of Planetary Astronomer Heidi Hammel" has been published by the National Academy of Sciences as part of the series "Women's Adventures in Science." She was profiled in Newsweek Magazine in 2007.