Amber Straughn
astrophysicist, deputy project scientist for communication for the webb telescope, and associate director of the astrophysics science division 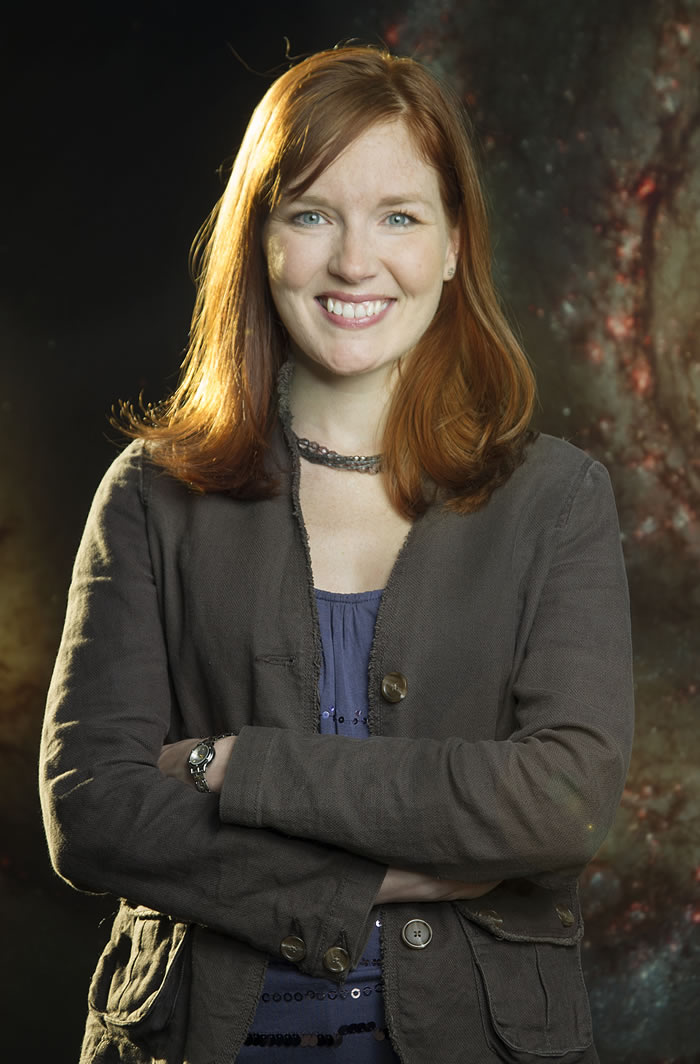 Dr. Amber Straughn is an Astrophysicist at NASA's Goddard Space Flight Center in Greenbelt, MD and serves as the Deputy Project Scientist for James Webb Space Telescope Science Communications. She is also the Associate Director of the Astrophysics Science Division.

Straughn grew up in the small farming town of Bee Branch, Arkansas where her fascination with astronomy began under beautifully dark, rural skies. She obtained her B.S. in Physics at the University of Arkansas in Fayetteville in 2002, and completed her M.S. and Ph.D. in Physics at Arizona State University in 2008. Straughn has been at Goddard full-time since 2008; prior to her current role she held a NASA Postdoctoral Program fellowship. She has been involved in NASA programs since her undergrad years, beginning with flying an experiment on NASA's microgravity KC-135 plane (the "vomit comet") in 2001. During graduate school, Straughn received the NASA Space Grant Fellowship for summer studies, and in 2005 was awarded the 3-year NASA Harriett Jenkins Predoctoral Fellowship.

Straughn's research focuses on interacting and star-forming galaxies in the context of galaxy assembly, where she uses imaging and infrared spectroscopic data mostly from the Hubble Space Telescope. Her broad research interests include galaxy formation and evolution, galaxy mergers and interactions, physical processes induced by galaxy interactions including star formation and black hole growth, and emission-line galaxies.

In addition to research, Straughn's role with the Webb project science team involves working with Communications and Outreach activities. She is an experienced public speaker, with audiences ranging from small local classrooms to audiences of 2200+ at events such as Comic Con and the World Science Festival. Straughn also interacts frequently with the media, having done numerous live television interviews, media features for NASA, and has appeared in documentaries on PBS NOVA, the Discovery Channel, the Science Channel, National Geographic, Spike TV, and in the Late Night with Jimmy Fallon's "Hubble Gotchu" segment. She's done short interviews with CNN, BBC, Al Jazeera America, The Atlantic, and other local media outlets. She very much enjoys telling NASA's science stories.

Her love of all things air and space prompted her to become a pilot; she earned her Private Pilot's license in early 2013. She has been an active yoga practitioner for years, and teaches a volunteer yoga class weekly. Straughn is very involved in community and volunteer work, and loves to cook.